Love the game but could you guys add a "most recent update" option for the chapter select? For convenience.

MOTHOC IS SOOOOOO FRIKIN CUTEEEEEEEEE.... well thx for another cliffhanger 🙂

Hi, the hide button does not work! Great work so far.

hey! we just tested it on windows and Mac and it works just fine, can you send me the specifics on our discord server? or give it a try and see if it wasn't something specific! also thank you! hope you liked our visual novel <3

what a thrill I look forward to the next update

You're in luck today, cuz there's an update right now!

Why did you do this to me author 🙂

We do have a patreon if you'd like to read patreon exclusive content, and a early HZE build update e.e

Does it run well on the build 9 PC?

When I start, this screen pops up and I can't proceed. 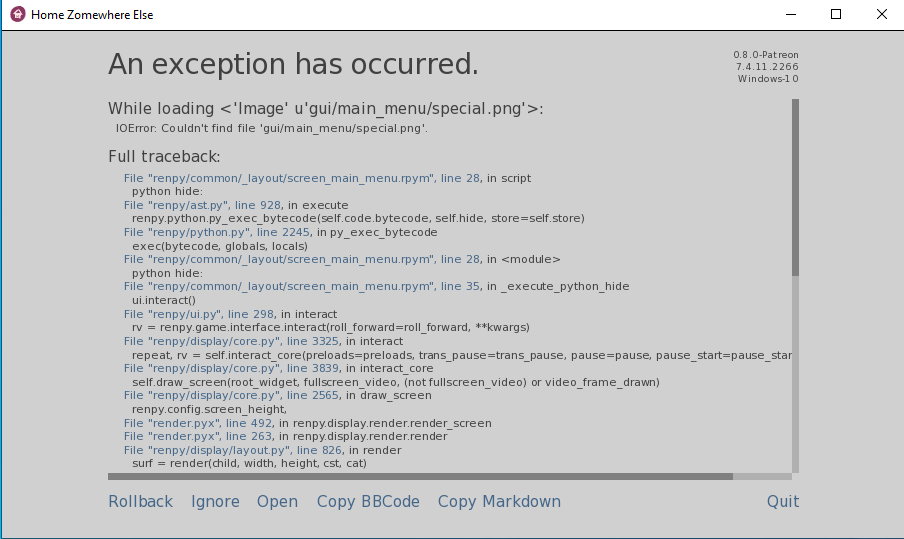 Hey! It does work, but we are currently trying to fix this error page you've just sent, you can also just press "ignore" right there, and it should work just fine, but its not the idea that this error pops up so we'll fix it asap! please report these patreon build errors in our discord server on the patreon section, or in our patreon comments!

Toto, the mysterious enigma from highschool. What's his purpose? Is he a dark lord? Find out next time..at the bus stop!!!

lmao yeee! you can also find out in the SZE only on patreon 👀

Toto is the Dark Lord of sluts!!

when does the paitron version come out?

Bruh..... I swear the cliffhangers is going to kill me one of these days

I'm sorryyyyyyyyyyyy , it will happen again ;____;

HZE has some of the best sprite variations amongst furry VN's and xou're making them even better xD!? I applaude xour moxie~! :p I love how the story is developing and am eager to see how xou'll play this all out~ UwU Congratulations on hitting the 1ne year mark! \>_</

and even more to come ;D and thank you!!

Oh my god that cliffhanger at the end...... WHAT DA HELL HAPPENED I WANNA KNOW it's driving me crazyyyyyyyy !!!

That was to say the update was awesome and i can't wait for more !
This VN is soo good and only getting better and better !

Really happy that this game got an attention it needed

The art and story potential is pretty nice

Hope to see this game grow even bigger

thanks for playing our game! <3

A of the best VN I ever played

I forgot to put: Happy Pride month everyone!! 😃😃😃

i can actually relate a bit to thony' and kathy's life, when i was younger-
(spoilies be warned)

me and my mother had to make do with what we had without my father, he isn't as physical as thony's dad but he was just as bad manipulatively.

great vn so far hmhm, can't wait to see it all shine

Yoo I'm sorry you had to go through that :C I hope everything got better! also care to send me a DM? telegram, twitter or discord, anything's fine!

it's oki hmhm not your fault he was an ass, and i'm on your discord if you're wanting to dm me hmhm

I love how Chad's facial hair grows a bit as time passes, such a fun little detail!

I feel like Sentinel was a second father to Chad during those 10 years he can't seem to remember. After what happend when Chad and Fred got searated, maybe Sentinel took care of Chad for some time ? He's definitely connected to Chad since he seems to know him.

The last scene got me the impression that Terry (Chad's dad) was beating him...... I may be wrong but i could see some sings that maybe it was the case... If Chad has PTSD when he sees a metal bar on an empty hand then that's a solid clue for me. Along with Terry's demeanor during the flash back.

Anyway, lots of mysteries and unanswered questions, i loved this update and am looking foward for the next one !

New update was amazing, so much content, loved it

Contender for best update I feel.

How tall is Fred compared to Chad?

Fred should be 1.83 cm, whereas Chad is around 10cm shorter! I had the specifics around there but couldn't find it aaaa

Chad is a gigachad

and im dying dlkasjd the update most likely will come out tomorrow 21th on patreon so stay tunned!

I didn't realize that I wasn't in the correct tier, I was a little sad at that discovery. 😭😭😭 Oh well, another month won't kill me. 😃😃😃

We haven't heard from or seen Toto in a while. I wonder if he's too busy at those bus stops? 🤔😂😂😂😂

yesss, small spoiler but stay tunned to the next Story Zomewhere Else 😁😁

Truly a milestone, we must celebrate 🌚

So, i only discovered HZE yesterday (dunno why i've never seen it before. I might be blind 😅). I went through a roller coaster of emotions while reading it and i can't wait for more to be revealed after that cliffhanger. This VN is a masterpiece.

I'm trying to get other people to play this, It deserves more attention. 😃😃😃

When are we going to see an update. I really like this

Its been quiet.... Does anyone have any theories about what happens next? 🤔🤔🤔

NOOO! The damn suspense. Now I will not sleep peacefully until I know that those two are okay... I hope that Lion gets killed, honestly.

The previous fursona I had was a crab guy, so when I changed him into a filthy furry dog thing, he maintained the crab pincers as a reminder of being born from a crab.

There's more to it but that's spoilers of Home Zomewhere Else 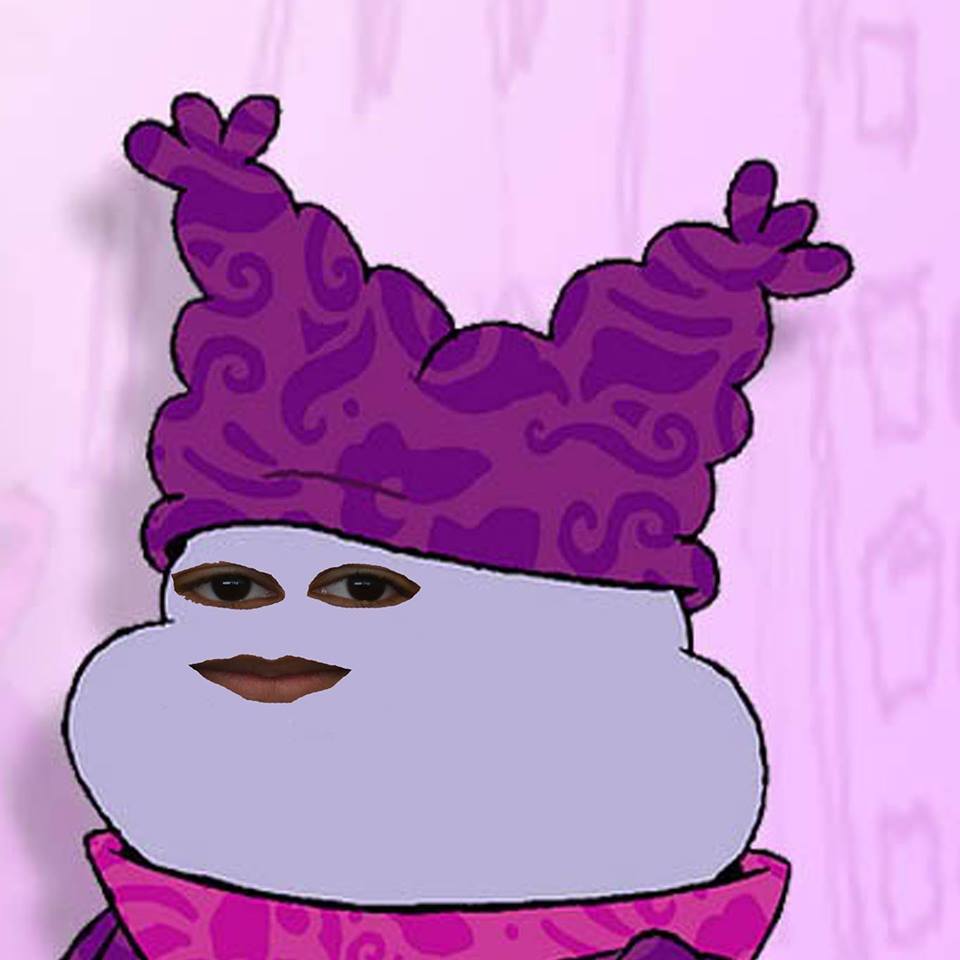 Really well written and the characters are so pure that it is hard to discribe..  especially Chad. I really like the background music as well. Thanks for your work, I really enjoy playing this VN! x3